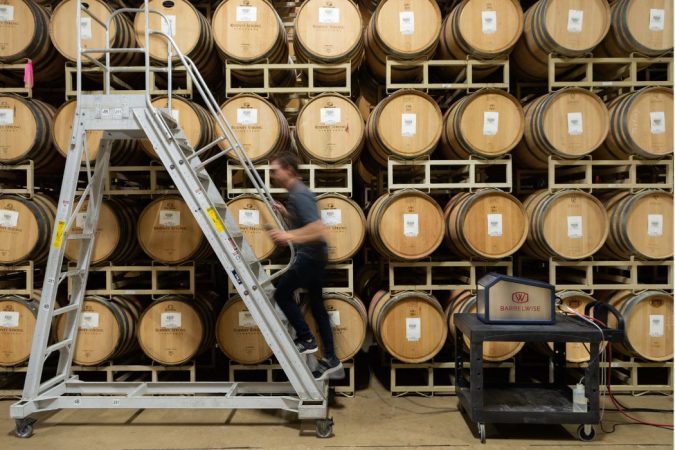 Vancouver startup BarrelWise has closed a $3.1 million CAD seed round in recent weeks, led by Conexus Venture Capital through its Emmertech fund.

The financing, which consisted of all equity and primary capital, also received contributions from Ag Capital Canada and several undisclosed, existing shareholders of BarrelWise. Sean O’Connor, managing director of Conexus and Emmertech, has joined BarrelWise’s board of directors.

Founded in 2018, BarrelWise offers winemakers a tool for analyzing levels of SO2—a chemical that helps prevent oxidation and browning—in their wine barrels. The company’s flagship product, the FS1, allows wineries to take routine free SO2 measurements up to 15 times faster than traditional lab analysis, according to BarrelWise.

BarrelWise is led by Jason Sparrow (CEO), David Sommer (CTO), Miayan Yeremi (director of R&D), and Artem Bocharov (director of sales and marketing), who all met in a tech entrepreneurship class at UBC.

Sparrow told BetaKit that one of BarrelWise’s founding team members used to work in the rum industry, which led the group to become interested with products that are aged in oak barrels.

This interest took the team to wineries in Canada and Washington to learn about the processes for managing barrels in winemaking.

“We came up with some rough ideas for technologies that could help to improve these processes, which were encouraged by winemakers that we knew,” Sparrow said.

In 2019, a year after the startup’s formation, BarrelWise joined the HATCH accelerator at UBC and started working full-time on the business.

After securing this seed capital, BarrelWise said it intends to “ramp up and support” its FS1 product. The funding will also be allocated towards expanding BarrelWise’s team to bring on key sales, marketing, and technical personnel, as well as bolstering the startup’s production and customer support capabilities.

BarrelWise represents Emmertech’s second investment that has applicability in the wine and vineyard industry, with its first portfolio company in the space being Intelliculture.

Since it launched last year, Emmertech has invested in seven companies, along with five small “scout” investments, according to O’Connor. In addition to BarrelWise, Emmertech has also invested in Ukko Agro, Lucent BioSciences, and TechBrew Robotics. O’Connor noted that Emmertech has led and co-led six financing rounds.