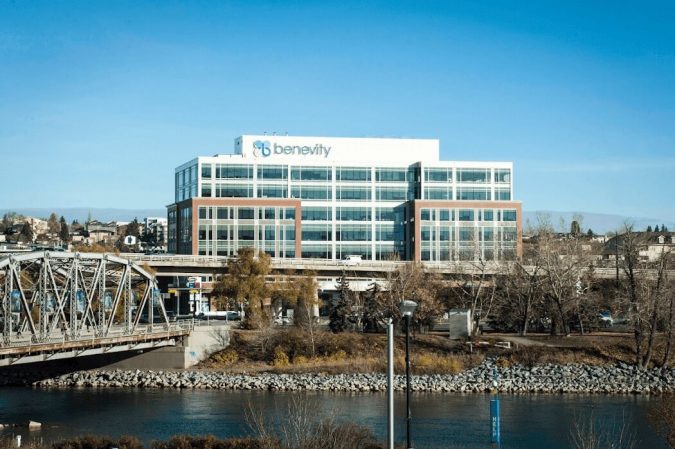 Calgary-based Benevity, a leader in corporate social responsibility, has announced that its corporate purpose software has processed more than $10 billion in donations made by Benevity clients to over 326,000 non-profits to date.

Founded in 2008 by Bryan de Lottinville, Benevity provides a digital platform for companies to engage their employers and customers around social responsibility and community investment.

In 2019, Benevity said that it had built out a customer base of more than 600 clients, consisting of large global enterprises such as Microsoft, Coca-Cola, Google, and Honda. Benevity recently announced that over the past year it added 124 clients, bringing the startup’s total client portfolio to 940. Some of Benevity’s new clients include Mondelēz International and LegalZoom.

Of the $10 billion in donations recorded on Benvity’s platform, the company noted that $3.8 billion was donated by individuals and $6.3 billion came from companies. The average donation amount by individuals is less than $50, which Benevity said reflects broad grassroots engagement versus traditional high net-worth philanthropy.

“In the face of the uncertainty we’ve seen over the past two years, as well as the current economic challenges, it’s clear that more and more companies are recognizing how social impact translates to business impact,” said Kelly Schmitt, Benevity’s CEO.

Benevity highlighted that it has seen a 56 percent increase in client growth since 2020, attributing this milestone to more companies seeking to engage people in remote and hybrid work environments.

As for its own growth, Benevity expanded its team from 800 in December to a workforce of 1,000 as of June.

Schmitt said that Benevity has “meaningfully grown” its headcount to support the increased demand for the startup’s solutions, as well as its expanding client base and product suite.

RELATED: Why Benevity’s new CEO Kelly Schmitt is already thinking about her successor

This period of rapid growth at Benevity follows a series of CEO switchups that spanned two years.

As Benevity’s founding CEO, de Lottinville stepped away from his role in May 2020 to become executive chair of the company. Andrew Huddart, former CEO of TwentyEight, replaced de Lottinville until Huddart had to depart due to health reasons last year. Schmitt, who was Benevity’s CFO at the time, took over the leadership position last year.

Under de Lottinville’s management and Schmitt as CFO, Benevity raised $40 million in a Series C round in 2019 from previous investors JMI Equity and General Atlantic. In 2020, British private equity investor HG acquired a majority controlling stake in Benevity, which brought the company’s valuation to more than $1 billion USD