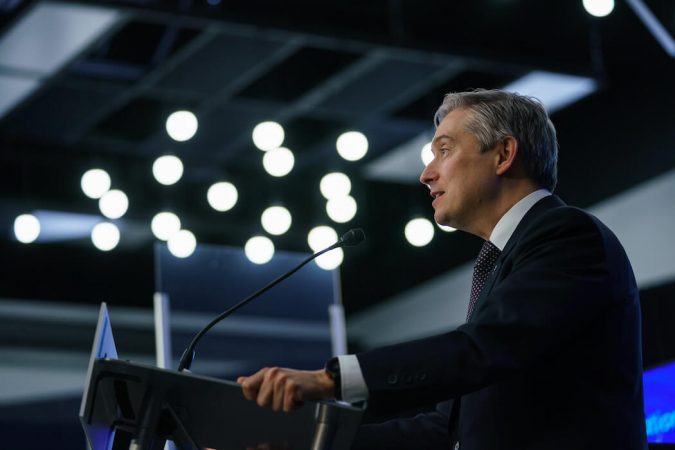 Investments include a collective $60 million for Amii, Mila, Vector Institute.

Innovation minister François-Philippe Champagne announced on Wednesday how the federal government plans to spend the $443 million that was promised in 2021 for the second phase of the Pan-Canadian Artificial Intelligence Strategy.

With phase one of the Pan-Canadian AI Strategy focused on research, phase two is focused on the commercialization and standardization of AI, in addition to attracting talent.

Champagne made the announcement at Collision, noting, “This is a race to the top and I intend for Canada to own the podium.”

“This is a race to the top and I intend for Canada to own the podium.”
– François-Philippe Champagne

The Canadian government established its national AI strategy in 2017, providing $125 million for that first phase.

The $443 million includes a collective $60 million for Amii, Mila, and the Vector Institute, as well as $125 million for the Innovation Clusters.

The announcement of the plans, coming two years after the commitment was made, follows a week after Champagne tabled Bill C-27. That bill focused on privacy and included what would be Canada’s first law regulating the development and deployment of high-impact AI systems.

The bill’s implications for businesses include criminal prohibitions and penalties regarding the use of data obtained unlawfully for AI development, where the reckless deployment of AI poses serious harm, and where there is fraudulent intent to cause substantial economic loss through its deployment.

The second phase of the Pan-Canadian AI Strategy also touches on standards, with $8.6 million allocated for a Standards Council of Canada “to advance the development and adoption of standards and a conformity assessment program related to AI.”

Champagne called phase one of the strategy “mission accomplished,” noting that it created over 100 AI chairs and brought 50 international AI researchers to Canada.

A heavy amount of capital for the second phase remains focused on attracting talent. The Canadian Institute for Advanced Research (CIFAR), which heads up the strategy, will receive $160 million to continue programs to attract, retain, and develop academic research talent, as well as $48 million to renew “and enhance” its research, training, and knowledge programs. Another $40 million is allocated for “computing capacity” for AI researchers.

The $125 million for the federal Global Innovation Clusters, which got a rebrand from Superclusters in Budget 2022, appears to be in addition to $750 million that was promised in the recent budget.

The Pan-Canadian AI Strategy capital for the Clusters is the commercialization competent of phase two, with plans for the money to support small and medium-sized enterprises, attract private investment from other public and private sources, and develop made-in-Canada AI solutions. Details of what that might look like have yet to be shared.