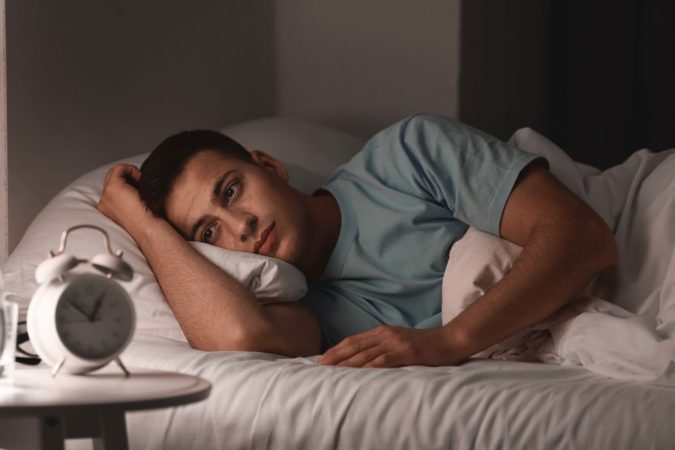 The Montréal startup wants to help workers with what keeps them up at night.

Some of Haleo’s clients include the Montreal Police, providing help to hundreds of its workforce and their dependents with improving their sleep habits.

The $5.2 million extension was co-led by Boréal Ventures and and AQC Capital, along with investments from Investissement Québec, Desjardins Capital, Real Ventures, and the Pan-Canadian Consortium MEDTEQ+ (with support from the Government of Canada). Members of the Anges Québec network and other notable angel investors also participated in the round, though their individual names were not disclosed. Haleo also did not disclose which, if any, investors were return or new with this extension.

Haleo has raised around $7.12 million in total funding to date. In addition to its seed round, it also previously raised $125,000 and $500,000 in pre-seed funding, according to Crunchbase data.

Founded in 2015 by Bradley Smith, Haleo offers a virtual care solution for sleep. Using its mobile app, licensed therapists are able to provide care to workers with insomnia or other sleep disorders. The startup claims that 94 percent of the people that went through its program no longer experience clinically significant symptoms of insomnia.

“Everyone’s sleep is different, and so are the organizational cultures of the clients we serve,” said Smith. “We personalize care and systematically assess the effectiveness of our interventions for each patient.”

Haleo said all of its programs are designed and supervised by sleep experts. Its team comprises more than 30 registered therapists, including psychologists, social workers, and psychotherapists.

RELATED: H|T: The Healthtech Times – Selling the promise of sleep

Some of its clients include the Montreal Police, providing its service to hundreds of its workforce and their dependents. Haleo also serves Domtar, an American paper and pulp company, to help its employees in Canada and the United States with their sleeping patterns to restore improved alertness.

Over the next 18 months, Haleo intends to use its latest secured capital of more than $5 million to quadruple its marketing budget and investments in a dedicated team for commercial sales. On the clinical side, the virtual sleep tech startup plans to bolster its design and product management teams.

Additionally, Haleo plans to accelerate the launch of a number of new clinical protocols in the areas of shift work, nightmares, sleep optimization, and pharmacotherapy management.