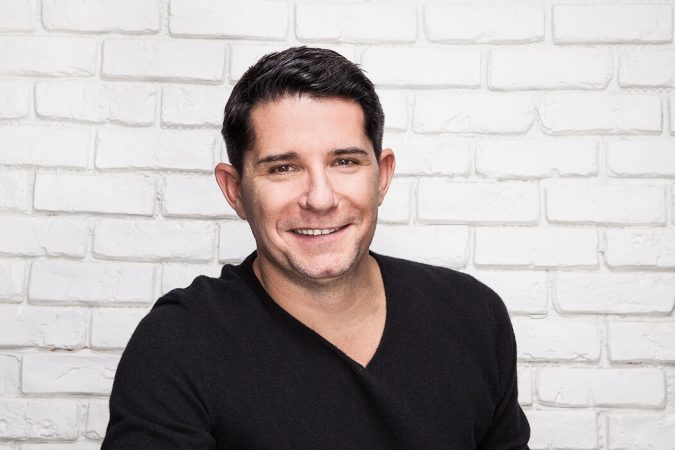 Montréal-based Lightspeed Commerce has turned another one of its acquisitions into a new product.

Since acquiring California-based wholesale software provider NuOrder in July 2021, Lightspeed’s efforts have been focused on leveraging NuOrder to launch a new B2B network designed to better connect its retail customers with the brands who supply their products. Now, that platform—Lightspeed B2B—is available to North American retailers in the fashion, outdoor, and sports verticals.

Lightspeed made its first foray into the B2B supplier space with the launch of its Supplier Network in early 2021.

In an interview with BetaKit, Lightspeed CEO JP Chauvet called Lightspeed B2B “game-changing for everybody in [Lightspeed’s] ecosystem,” adding that this launch represents “the last step” in the company’s plans to turn its bevy of acquisitions in recent years into new or revamped products.

Lightspeed made its first foray into the B2B supplier space with the launch of its Supplier Network in January 2021, which was initially available to bike, outdoor sport, jewelry, and pet product retailers. Chauvet said building this Supplier Network in-house was “a test case to be sure it worked.”

But when Lightspeed began to explore expanding this platform into other retail verticals, the company soon realized that doing so would be time-consuming and pursued an acquisition to speed up the process—an approach the company has taken a few times before.

“At the time, when we looked at the brands and we looked at what they needed, and we looked at the stores and how they operated, if we were to develop this ourselves, it would have taken us at least five years, according to our development teams,” said Chauvet. “That’s why what we did last year is we went out to the market and we acquired a company called NuOrder.”

Founded in 2005, Lightspeed provides cloud-based commerce and point-of-sale (POS) software to 163,000 restaurants, retailers, and hospitality providers. The acquisitive retail tech firm, which trades on the TSX and NYSE as ‘LSPD,’ has teams across North America, Europe and Asia Pacific that cater to businesses in over 100 countries.

After serving as president since 2016, Chauvet took the reins as Lightspeed CEO earlier this year, replacing founder Dax Dasilva, who transitioned to executive chair in February following a sharp decline in the company’s market performance.

Lightspeed’s share price has fallen approximately 81 percent from its peak in September 2021 amid short-seller attacks, low revenue guidance, and tech stock malaise. This broader tech selloff, which has been fuelled in part by geopolitical tensions and rising interest rates, has also impacted other publicly-traded Canadian tech companies like Shopify, with which Lightspeed competes.

During Lightspeed’s fiscal Q4 earnings call, Lightspeed executives projected optimism about the prospect of physical retail rebounding from pandemic lockdowns. Public market investors have also reacted favourably to Lightspeed’s results—Lightspeed’s stock price has jumped over 35 percent since May 11 to $31.68 at time of publication.

Despite the company’s sizeable net loss, Chauvet said he believes the company is on a “natural” path towards profitability. Given that Lightspeed’s acquisitions have heavily impacted the company’s net losses, Chauvet pointed to the firm’s adjusted EBITDA loss, which for 2021 was low—7.6 percent relative to Lightspeed’s revenue—as a better measure of where the firm currently sits from an operational standpoint. He also expressed confidence in Lightspeed’s ability to become breakeven from an adjusted EBITDA standpoint during the next fiscal year.

Lightspeed’s revenues have grown through the years as the company has shifted from its initial POS focus towards catering to all types of commerce, leveraging its acquisitions in an effort to diversify beyond just physical retail. But in its quest to achieve profitability, Lightspeed is banking on a strong return to in-person shopping and dining, and payment processing growth, among other things.

“Wholesale retail ordering is a broken industry and we have always felt a responsibility to solve for both sides of the brand and retailer equation,” said Heath Wells, general manager of the new Lightspeed B2B platform and co-founder of NuOrder. “The disruption of the last two years has cemented the need for independent retailers to leverage technology to remain agile and the new Lightspeed B2B Network is deeply in line with our mission to strengthen their operational resilience.”

According to Chauvet, part of what interested Lightspeed in NuOrder was the fact that its platform had already “tackled the most difficult vertical” for Lightspeed—luxury brands. Luxury apparel is the vertical where Lightspeed has the highest number of stores. “That one is a beast,” he said.

Many of the verticals Lightspeed serves are highly concentrated in terms of suppliers: Chauvet cited golf—where Lightspeed acquired Chronogolf in 2019—jewelry, and pet products as examples. Comparatively, from a supplier standpoint, the problem with luxury apparel is that there are so many brands. “That’s why we liked NuOrder, because NuOrder works with all the big brands in the US,” said Chauvet. “Not only do they have the technology, but they have the long tail of all the suppliers.”

The company intends to roll out “broader vertical and feature availability” for Lightspeed B2B “in the coming months.”