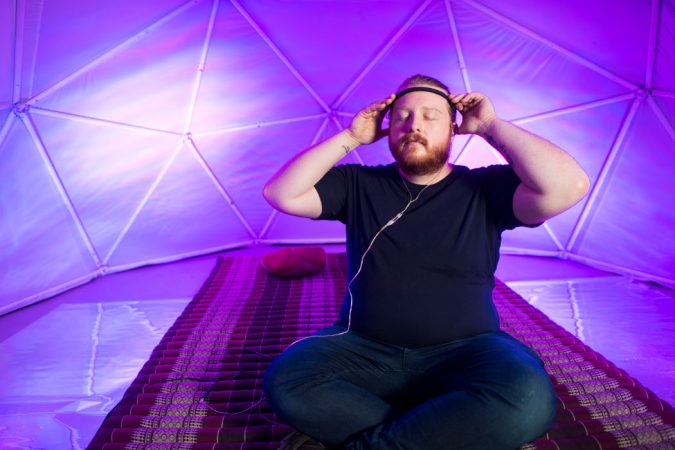 Born out of co-founder’s mental health challenges and love of music, Lucid aims to offer “a better way to care.”

“There’s got to be a better way to care for people who are dealing with [mental health-related] symptoms, outside of just giving them a pill right away.”
-Aaron Labbé, Lucid

After completing its first randomized controlled clinical trial earlier this year, Lucid has now secured $3.14 million CAD in seed financing led by Canadian impact investment fund Amplify Capital with support from other investors in the health and music technology space. The funding will fuel further clinical research and the development of a prescription digital therapeutic focused on reducing agitation and anxiety in dementia care—work Lucid is doing in partnership with Japanese pharma company JT.

“This is much more than a feel-good app,” Amplify managing partner Kathryn Wortsman told BetaKit in an interview. “It is really rooted in clinical validation.”

Lucid co-founder and CTO Aaron Labbé began his journey into the music-as-therapy space after contending with “a lack of empathy during the care process” through his own personal mental health challenges. In 2012, Labbé suffered what he described as a serious mental health crisis while he was studying at SUNY Fredonia’s School of Music, which led to him being hospitalized after the mental breakdown he was experiencing caused a heart arrhythmia.

Following a series of misdiagnoses that saw him wrongfully prescribed anti-depressants—which exacerbated the manic episode he was experiencing and led to a stay at a mental healthcare institution—Labbé was eventually diagnosed with Bipolar I Disorder.

According to the National Institute of Mental Health, Bipolar I Disorder, which is the more severe of the two types, is defined by manic episodes that last at least seven days, or manic symptoms that are so severe that the person requires immediate hospital care. Those with Bipolar Disorder also experience depressive episodes that typically last at least two weeks.

Upon graduating, Labbé initially viewed Lucid as worthy of pursuing as a graduate-level research project, until one of his academic advisors suggested that its impact would be greater as a business. Following this advice, Labbé opted to spin it out into a business around 2017, and co-founder and CEO Zach McMahon joined a year later. 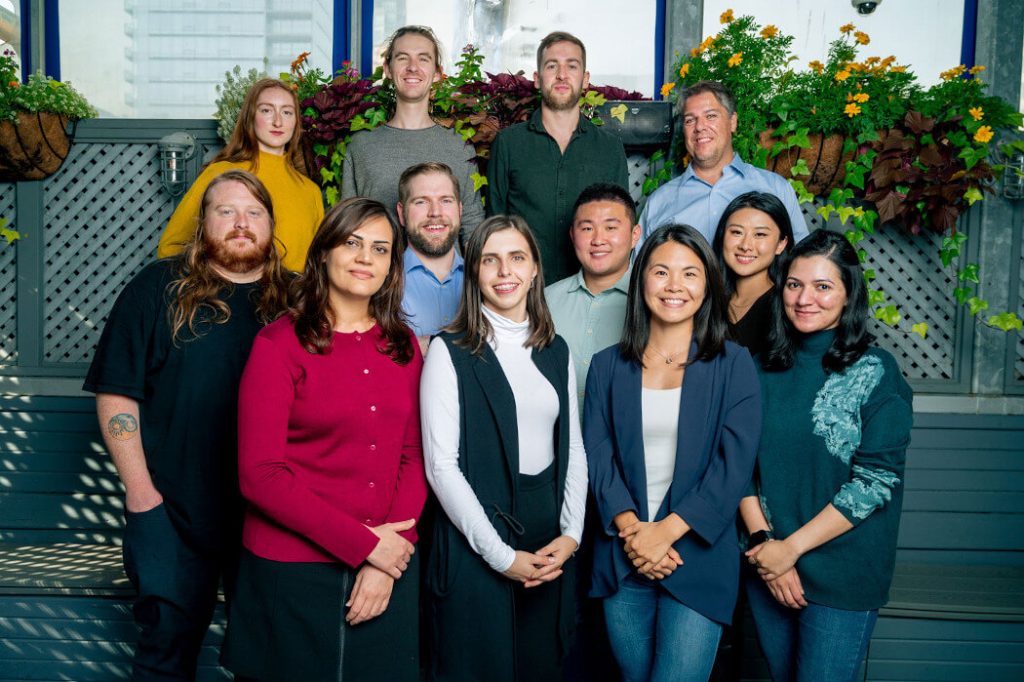 The all-equity round, which represents Lucid’s first venture financing to date, closed in June. In addition to Amplify, it saw participation from Relentless Venture Fund, the Pan-Canadian consortium MEDTEQ+, Ontario Centre of Innovation’s Market Readiness Co-Investment Fund, Reverb Ventures, Hunter Family Foundation, and Leva Capital. McMahon noted that while this capital gives Lucid two years of runway, the company also hopes to bring in up to an additional $1 million this fall from other strategic angels and healthtech investors.

For McMahon, who spent his 20s working in the oil and gas industry in the Arctic, saw a close family member suffer from mental illness, and wanted to do something that involved “less extraction [and] more giving back,” Lucid was a perfect fit.

Since 2017, much of Lucid’s focus has been on clinical evidence generation and validation. Thomson, along with Toronto Metropolitan University psychology professor Frank Russo—who now serves as Lucid’s chief science officer—have played an important role on the research front.

With help from ​​postdoctoral researcher Adiel Mallik, Russo co-authored a peer-reviewed March 2022 paper published in PLOS One that found music stimulation helps reduce acute anxiety in adults with diagnosed moderate anxiety disorder. Lucid is currently running an extension of this study, focused on investigating the longitudinal effects of its intervention on anxiety.

“That clinical validation is something that is a major differentiator, I would say, in the market,” said Labbé. “It’s like, yes, we have technology, yes, we have anecdotal evidence, but on top of that, we now have clinical evidence that what we’re delivering has efficacy and value for patients.”

At the same time, Lucid doesn’t see itself as a replacement for licensed therapists, but rather as a cost-effective, accessible supplement or alternative option.

“This is much more than a feel-good app …It is really rooted in clinical validation.”

For Wortsman, who is joining the startup’s board as part of this round, this clinical focus was a key part of what attracted Amplify to Lucid. The impact fund was also drawn to the scalability of Lucid’s approach and B2B strategy. “What we love about the idea of music therapy is that it’s really really available anytime, anywhere,” said Wortsman.

Now, in partnership with JT, Lucid is in the process of translating the clinical insights it has gathered into an FDA-approved app aimed at helping to reduce dementia care-related agitation and anxiety, with an initial focus on Alzheimer’s.

As to why Lucid decided to focus on catering to people with Alzheimer’s, specifically, McMahon said, “it’s one of those areas where there’s so much anecdotal support for music therapy, that I think it’s one of the most fertile grounds for us to go and work.”

“What we’re trying to do is over the next two years is develop a product in Alzheimer’s disease where music is front and centre,” said McMahon. “There’s been a lot of work done in music for these populations … But we haven’t seen a product on the market that really creates a process and a rigour around delivery and makes it something that anybody can do anywhere.”