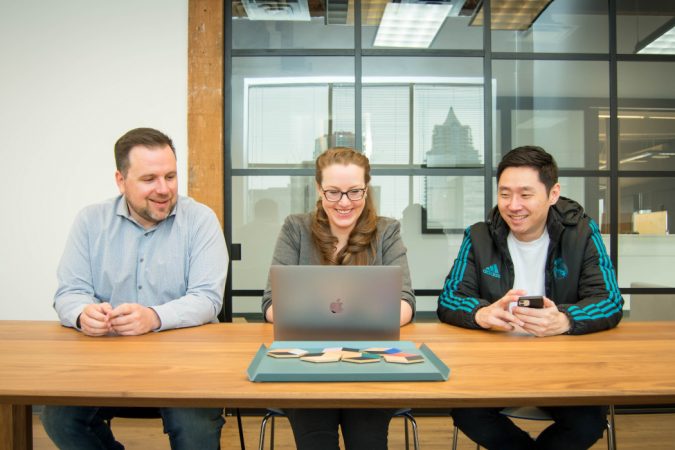 Calgary-based billing software provider PayShepherd has secured $3.8 million CAD ($3 million USD) in seed funding towards its goal of becoming the “system of record” for financial transactions between industrial facilities and contractors.

Since closing $700,000 CAD in pre-seed financing in 2021, PayShepherd’s focus has been on building out its product and finding initial market traction in Canada and the United States (US). Over the past year, PayShepherd has added customers across North America, seen an average of 25 percent compounding month-over-month growth in transaction volume through its platform, and moved into a slew of new verticals.

“If you catch the mistakes before anybody’s exchanged money, it’s really easy to fix.”
-Wesley Sessenwein

“Now we’ve got customers coast-to-coast and on both sides of the border,” PayShepherd co-founder and CEO Wesley Sessenwein told BetaKit in an interview. After securing another $3.8 million in capital, Sessenwein said the startup’s plans involve “cementing” its presence in Canada and further expanding across the US, adding that given the connections within its customer base, Europe might not be far away either.

PayShepherd’s software helps heavy industrial and manufacturing facilities manage contractor billing and eliminate overspending. Founded in 2018 under the name Project Recapture, PayShepherd’s customers include multinational conglomerates with dozens of facilities in their portfolio, spanning pulp and paper, chemicals, manufacturing, and other verticals.

The startup’s all-equity seed round was led by new investor Nashville Capital Network (NCN), a Nashville, Tennessee-based partnership made up of more than 100 professional investors. The financing was supported by existing investors Thin Air Labs and Accelerate Fund III (which is managed by Yaletown Partners with the support of the A100), Athennian founder and CEO Adrian Camara, Confirmation.com founder Brian Fox, and PayShepherd employees. The raise brings PayShepherd’s total funding to $4.7 million CAD.

According to Sessenwein, PayShepherd’s customer base ranges from companies that own a single industrial facility to firms with 50-plus facilities in their portfolio. The startup’s software is often adopted first by a facility within a larger chain, which takes on “a bit of social risk” in deploying new tech.

“Three [or] six months after we deploy it, the proof is in the pudding [and] other facilities within that chain are now looking over the fence to say, how do we bring PayShepherd in to help bring that same impact to our business?” said Sessenwein.

According to the CEO, “There’s a virality in heavy industry where there’s families in the industry that work in sister facilities and people that move on from one facility to the other. The expansion piece, through the network or the chains, is definitely helpful for what it is that we’re doing.”

“PayShepherd is focused on solving a very challenging problem for large manufacturers, increasing the accuracy and transparency of financial transactions that occur with their vendors,” said Thin Air Labs Managing Partner James Lochrie. “They are able to drive a great deal of value to their customers and are doing so in a very large and underserved market.”

As part of the round, Fox, NCN Managing Partner Chase Perry, and Solon Angel—founder of Ottawa FinTech firm MindBridge AI—are joining PayShepherd’s board of directors. (Following the announcement of its pre-seed round last year, PayShepherd closed $200,000 in additional pre-seed funding in 2021 from Ottawa’s Fresh Founders, led by Angel.)

Perry described NCN and PayShepherd as “aligned” in their vision to use data-driven intelligence to help industrial facilities reduce their service spend, operate more efficiently, and improve their relationships with contractors.

Inside the heavy industry maintenance and construction sector, the stakes are high given the amount of money that flows between construction companies and facility owners. According to Sessenwein, innocent billing mistakes can damage reputations. He learned this firsthand while running his previous business, Canadian Onshore, an insulation contracting business in the oil field that he started with PayShepherd co-founder and COO Jenn Hunter, when he accidentally approved a $200,000 bill to be sent to one of its customers.

Sessenwein, Hunter, and CTO Johan Lee founded PayShepherd to address this problem and help detect billing anomalies and overpayments in the traditionally paper-and-pen-based heavy industry space. Since then, Sessenwein says the company’s focus has evolved.

“We’re really now kind of shifting to build product around, how do we just make it a frictionless engagement between the contracted workforce and the customer,” said Sessenwein.

PayShepherd intends to use some of this funding to grow its 30-person team to 50 by the end of the year, grow in verticals like mining, power generation, and shipbuilding, and expand its product and engineering capabilities. The startup’s product development plans involve expanding into helping contractors run their businesses more effectively and moving into payments. “There’s quite a bit to come,” said Sessenwein.

“As we grow the business, we’re starting to see a clearer picture of where it is that we’re going to fit,” said Sessenwein. “And right now, it’s really owning the ecosystem between facilities and the contractors and just becoming like a system of record for how these businesses transact.”

Sessenwein sees “a huge opportunity” in the data PayShepherd collects as the company scales. “Eventually we’ll be collecting enough data that we should be able, in an automated fashion, to give everybody the information that they need in order to make the right decision the first time as to who they engage with and how, which is helpful for both contractors and customers,” he said.