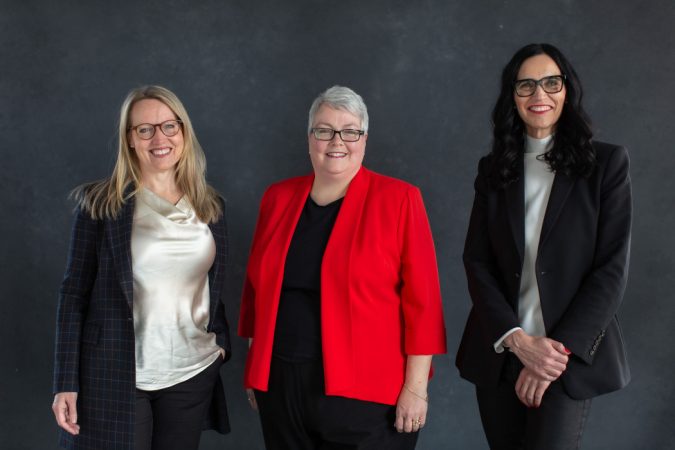 Halifax-based Sandpiper Ventures has completed the final close for its first fund, securing more than $10 million CAD and bringing its total raised to “just over” $20 million—meeting its initial target.

Launched in May 2020 to address the existing gender imbalance in Canada’s venture capital (VC) ecosystem, Sandpiper aims to support women-led tech startups in Atlantic Canada and across the country at the seed stage, while also growing the proportion of women investors.

Sandpiper boasts a list of LP backers that includes the four Atlantic Canadian provincial governments and four of Canada’s five largest banks. As a women-led fund focused on women entrepreneurs in Canada, Sandpiper is part of a group that includes StandUp Ventures, Phoenix Fire, The51, and BDC Capital’s Women in Technology Venture Fund.

“We expect [women entrepreneurs] to continue to overperform in these market conditions—even more so.”
-Rhiannon Davies

Since announcing its first, $10 million, close for Fund I last October, Sandpiper has invested in seven companies, from Saint John-based software firm ProcedureFlow to Winnipeg-based, tech-enabled flower delivery company Callia. But during this time, market conditions have shifted, as 2021’s VC investment boom has given way to a market downturn fuelled by rising interest rates, inflation, and geopolitical tensions, where public tech stocks have fallen and venture funding levels have dropped.

While she anticipates further headwinds for women-led tech startups amid today’s environment, Sandpiper founder and managing partner Rhiannon Davies believes current conditions give women entrepreneurs an opportunity to shine. “Women [entrepreneurs] are … statistically speaking, very capital efficient, and capital efficiency and runway protection is even more important now than it has been, particularly in the last few years,” Davies told BetaKit in an interview.

Sandpiper sees a “huge … and untapped opportunity” to invest in early-stage, women-led tech startups—a historically underfunded group Davies says was already “overperforming” prior to the pandemic and current market downturn. “We expect that category [and] this demographic to continue to overperform in these market conditions—even more so.”

Sandpiper invests in seed-stage tech startups with a female founder who holds a C-suite position. From a vertical standpoint, the fund focuses on a wide range of sectors, from software to cleantech, healthtech, retail, and FinTech. Sandpiper typically writes first cheques in the $500,000 range, always with co-investors, either leading or supporting, and has the flexibility to invest up to $2 million per company through follow-on funding.

Since Sandpiper is based in Atlantic Canada, Young said the fund naturally has a focus on Canada’s East Coast, but noted that Sandpiper is open to opportunities across the country—such as with Callia and Fable.

Given its backing from The Government of Nova Scotia, Sandpiper has faced criticism for its investments outside the region, which Sandpiper founder and managing partner Sarah Young dismissed.

“When you look at how small the numbers are for women in this space, we’re talking about single digits,” Young told BetaKit. “We need a larger playing field as well, and so I think the more women we have in the East Coast, the more women across the country … it’s in everyone’s best interest.”

Sandpiper is notably backed by an approximate “50/50” combination of public and private capital, which raised the questions about how and whether the public will see the returns it is generating.

Nova Scotia’s $5 million investment in Sandpiper also previously sparked a public debate about how best to support women in the workforce. Some argued that childcare is a better way to do so than VC. Members of the country’s tech community spoke out against such arguments, however, calling out the idea of pitting the two issues against each other.

During the downturn, Davies anticipates that the need for investment in women-led companies will increase during this period as other VC firms double down on what they already know best, be that existing portfolio firms or certain sectors or entrepreneurs. “What we saw at the beginning of COVID, is that women were disproportionately impacted by the initial reticence to invest,” said Davies. “I expect we will see that again.”

“Unfortunately, that has the potential to have a very negative impact on [women], a group of people that are already struggling to obtain access to capital,” Davies added.

At the same time, Young highlighted that women entrepreneurs are in a slightly different position compared to other groups.

“What we saw at the beginning of COVID, is that women were disproportionately impacted by the initial reticence to invest. I expect we will see that again.”
-Rhiannon Davies

According to Davies, women-led tech startups also didn’t experience the same “excessive valuations” as other firms during last year’s venture funding boom. Given this, while she expects follow-on rounds to be more challenging during the present market, Davies doesn’t anticipate the same “significant down rounds” currently taking place in other investment areas.

Perhaps surprisingly, Davies sees “more opportunities … and more clarity” in these conditions. “When you see somebody react to a crisis, it’s very telling,” she said.

As far as how this environment has impacted Sandpiper’s investment approach, Davies said the fund is paying particular attention to its co-investors, taking care to partner with funds with enough capital to support future rounds.

On the startup side, where Sandpiper might have advised raising for 18 months of runway in the past, Davies is now recommending two years, and advising portfolio firms to explore other revenue-generation avenues, as well as funding opportunities aside from just equity raises.

Ultimately, Davies and Young hope this fund is just the beginning for Sandpiper. “Good, inclusive innovation and capitalism is needed to solve all the problems of the world,” said Davies. “We will continue to do what we can to become large enough to move that dial.”