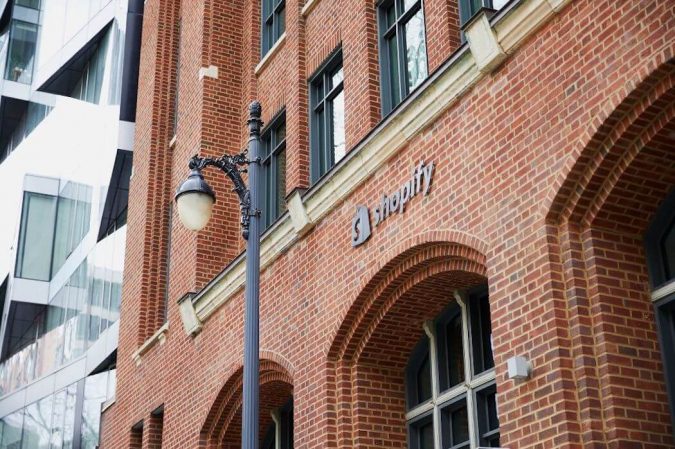 In the first quarter of 2022, Shopify’s revenue growth continued to slow, as the pandemic forces that have driven the rise of e-commerce start to wane.

The Ottawa-based e-commerce giant also announced that it had reached an agreement to acquire San Francisco-based Deliverr for $2.1 billion USD in a cash and stock deal to expand its warehousing and logistics capabilities.

In Q1 2022, Shopify’s revenue grew to $1.2 billion, representing a year-over-year (YoY) increase of about 21 percent, which pales in comparison to the 110 percent rise the company saw in the first quarter of 2021. According to Shopify, Q1 2021 marked the highest revenue growth in the company’s history as a publicly-traded firm, fuelled by COVID-19 lockdown and stimulus tailwinds. However, as these factors have begun to fade, Shopify’s growth has slowed.

In advance of today’s results, amid broader concerns about the e-commerce sector, analysts have been lowering their expectations for Shopify’s Q1 earnings. A number of analysts slashed their price targets for Shopify’s shares.

As reported by The Globe and Mail, Shopify became the worst Canadian performer on the S&P/TSX Composite Index last week, and has lost more than $155 billion (a 69 percent drop) in market value since the start of the year.

The pandemic has fuelled an increase in the popularity of e-commerce, and companies like Shopify have benefitted from the COVID-19-driven shift away from brick and mortar buying towards online shopping.

However, Shopify’s Q4 and 2021 earnings indicated that the company’s growth has begun to slow as the COVID-19, government lockdown, and stimulus tailwinds that drove the rise of e-commerce begin to wane as pandemic starts to subside. The e-commerce industry faces a number of challenges going forward, including inflation and ongoing supply chain issues.

In fact, Amazon reported a loss of $3.8 billion USD in its first quarter, compared with a profit of $8.1 billion USD in the same quarter last year. Amazon predicted the slowing trend to continue into the next quarter.

Shopify has also been impacted by a broader tech stock selloff that has also hurt other high-growth, publicly-traded Canadian tech companies. This environment has been fuelled by a combination of factors, including rising inflation, interest rates, and Russia-Ukraine-related tensions.

The first quarter results also follow Shopify recently making moves to protect co-founder and CEO Tobi Lütke’s position in the e-commerce company with a proposed change to its share structure. This arrangement would give Lütke 40 percent of Shopify’s total voting power.

Shopify currently has Class A shares worth one vote per share and Class B shares worth 10 votes per share. The company’s Class B shareholders have a controlling position equivalent to 51 percent of total voting power in Shopify. Shopify has proposed giving Lütke a non-transferable founder’s share that combined with Class B shares would give him 40 percent voting rights.

Shopify is also proposing a 10-for-one split of its Class A and B shares to make ownership more accessible to all investors.

Shopify is also currently in the process of overhauling compensation packages for its employees, giving its staff more choice between cash and equity, according to The Globe.

Bloomberg was first to report that Shopify is in talks to acquire San Francisco-based e-commerce logistics startup Deliverr to expand its own warehousing and delivery capabilities. If this deal is successful, it will allow Shopify to tap into Deliverr’s nationwide, US fulfillment network.

According to The Globe, Shopify’s Deliverr acquisition, worth about $2.5 billion USD, was expected to be finalized before today’s earnings call. In April, The Globe reported that while a final decision on the transaction has not yet been made, the prospective deal represents part of “an ambitious strategic shift at Shopify to rival Amazon.”

Shopify first began moving into logistics with Amazon-style fulfillment centres in 2019. But the company appeared to be scaling back these efforts in January, when it terminated several contracts with third-party warehouse and fulfillment partners.

However, during the company’s February earnings call, Shopify CFO Amy Shapero said these changes constituted a way for Shopify to leverage more of its own warehouses, rather than independent ones. Shopify has outlined plans to invest $1 billion over the next five years towards its fulfillment network efforts.

Last month, Shopify invested in American artificial intelligence (AI) company Crossing Minds. The move represents the company’s latest in a long line of strategic investments in and acquisitions of tech startups, many of which serve Shopify’s merchant ecosystem.