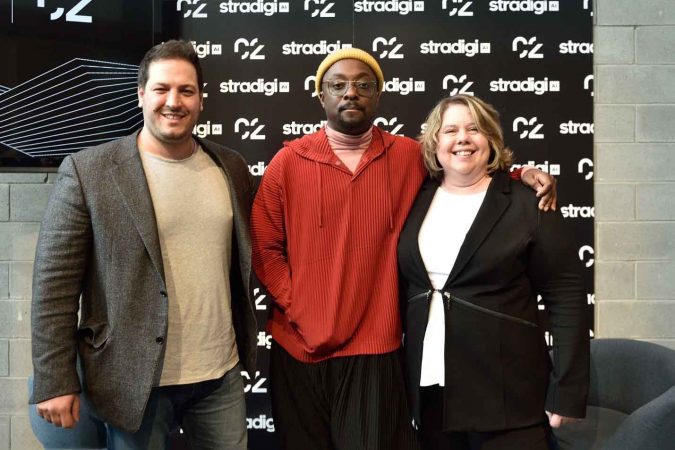 Musician will.i.am is among the investors in the Québec AI startup.

Despite laying off more than two-thirds of its workforce, Stradigi.ai is still a going concern, according to the startup’s CEO. The artificial intelligence (AI) firm confirmed to BetaKit that it has laid off more than 40 of its 50 employees.

But CEO and co-founder Basil Bouraropoulos vowed the startup will continue as a viable business. He told BetaKit, “The company has temporarily streamlined its operations to the essentials and remains in a going concern while various stakeholders continue to work together on a long term solution.”

Bouraropoulos said he couldn’t share any details currently, but maintained the startup is working on a long term solution that involves new capital for Stradigi to continue while focusing on its vision and business plan.

“It is our full intention to continue on a positive path forward with the company,” he said.

The layoffs were first reported by Le Journal de Québec, which said two lenders from outside of Canada offered to buy out Stradigi, and invest $4 million into it, but the offer fell apart after Stradigi’s shareholders couldn’t reach an agreement over the offer.

Stradigi raised $53 million in a Series A round in 2019. At the time of the raise, Bouraropoulos told BetaKIt that the plan was for Stradigi to become one of the top three leading AI platforms in North America.

Stradigi isn’t saying where the money went; neither are its investors. BetaKit reached out to a number for comment.

A spokesperson for the Fonds de solidarité FTQ, which co-led the 2019 funding round with Investissement Québec, said the agency was disappointed with the recent turn of events at Stradigi for the employees involved.

Fonds spokesperson Frédérique Lavoie-Gamache, added that Fonds “will not speculate on the future of the company or its assets,” and that the firm “continues to monitor the situation.” She did note, however, that the Fonds remains confident in the future of the overall Montréal’s AI sector because of the quality and expertise of the researchers and workers in the field.
Investissement Québec did not respond to BetaKit’s questions.

A spokesperson for will.i.am, a former member of the Blackeyed Peas, told BetaKit that as a matter of policy the singer does not discuss details regarding his investments. The rapper and producer who runs his own AI startup, i.am+, also invested in the 2019 financing round.

At the time of the raise, Stradigi appointed the singer as its AI advisor, bias and ethics, according to a story in AIthority. “As a creative innovator and philanthropist committed to leveraging technology to enhance people’s lives and work, will.i.am will collaborate with Stradigi AI’s team of developers and content creators to guide further development of the Kepler platform and help create AI products that empower people,” the publication reported.

Stradigi is far from the only tech company laying off staff as the economic downturn continues to take its toll on the industry. Online car retailer Clutch laid off 76 people in mid-June, Other layoffs have taken place at Wealthsimple, WonderFi, Thinkific, Bonsai, Legible, Proposify, and BBTV.

According to the website Layoff FYI, which tracks tech firm layoffs globally, in 2022 some 349 startups have laid off 53,027 people.