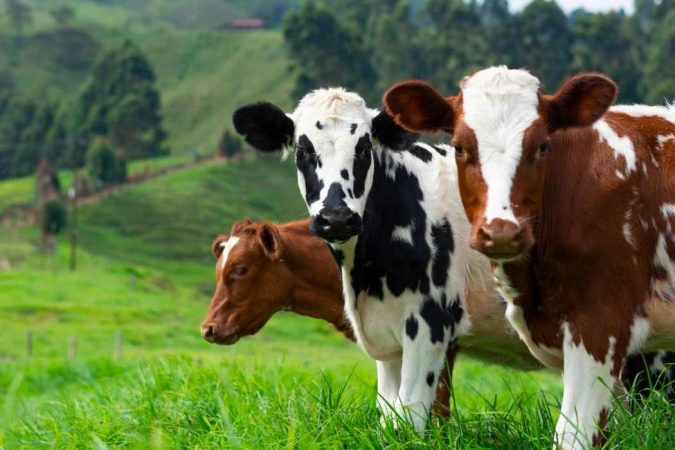 Plus: Uber Sued by More Than 500 Female Passengers Over Sexual Assault Complaints.

Milk Moovement provides a software-based platform for the dairy industry. The startup claims that its technology creates full supply chain visibility for dairy farmers and their distribution partners to track and route shipments in real-time, optimize delivery schedules, and create a significant decrease in food waste and loss of profits.

The leak spans a five-year period when Uber was run by its co-founder Travis Kalanick, who tried to force the cab-hailing service into cities around the world, even if that meant breaching laws and taxi regulations. During the fierce global backlash, the data shows how Uber tried to shore up support by discreetly courting prime ministers, presidents, billionaires, oligarchs and media barons.

TCS, which already has a significant presence in Canada, is launching a new “Pace Port” in Toronto to help Canadian companies develop, trial, and adopt new technologies. The facility will mark the firm’s fifth global centre of its kind.

Uber has long struggled to handle complaints of misconduct on the ride-sharing app. Just two weeks ago, the company released its second safety report that showed it received 3,824 reports of the five most severe categories of sexual assault in 2019 and 2020, ranging from “non-consensual kissing of a nonsexual body part” to “nonconsensual sexual penetration,” or rape.

POWERED BY: POCKETEDStart scaling your business through the power of grant funding.

Are you looking to grow your business or hire new talent, but lack the access to necessary funding?

Pocketed simplifies access to government funding for businesses across North America-without diluting! Our intelligent matching platform and managed solution help businesses, like yours, get the money you need to GROW!

It’s time to start taking advantage of the $5.9 billion in untapped FREE government money available every year to Canadians in grants, tax credits, and incentives.

Join Pocketed today and use the referral code SAAS to gain access to exclusive perks and offers!

CEO and founder Elizabeth Audette-Bourdeau said she came up with the idea of Welbi after her grandfather suffered a stroke. He couldn’t hear properly on the phone, knew no one in the residence, and had no motivation to leave his room. His health became worse, and he passed away a few months later.

Unity is merging with ironSource in an all-stock deal valuing Ironsource at $4.4B in a big consolidation play for gaming (TECHCRUNCH)

“We believe the world is a better place with more successful creators in it. The combination of Unity and ironSource better supports creators of all sizes by giving them all the tools they need to create and grow successful apps in gaming and other consumer-facing verticals like e-commerce,” said John Riccitiello, CEO of Unity, in a statement.

Hackers are smart but lazy. Here’s how startups can take advantage (BETAKIT)

Pichai says the company will have to “be more entrepreneurial” and work with “greater urgency, sharper focus, and more hunger than we’ve shown on sunnier days.”

According to the memo, the company isn’t freezing hiring entirely; it’ll still hire for “engineering, technical and other critical roles.” But Pichai says that the pullback will mean “pausing development and re-deploying resources to higher priority areas.”

The new Adaptavist office and innovation hub is part of the company’s multi-year, strategic growth plans that include providing Atlassian leadership as well as support for more diverse technology ecosystems, including Aha!, GitLab and Slack.

‘Love me tender’: how Musk wooed Twitter, only to leave it at the altar (THE GUARDIAN)

The platform last week launched a multibillion-dollar lawsuit against Musk after the entrepreneur walked away from a $44bn agreement to buy the company. In a filing outlining its claim, Twitter’s legal team has given a blow-by-blow account of the events that led to the collapse of the deal.

“As a former restaurant owner, [Truffle] solved a lot of problems that the incumbent point of sale systems haven’t been able to,” said Arden Tse, investment manager at Accenture Fund.

Carlyle is keeping a minority stake, according to a statement. The transaction values Unison at more than $1 billion, including debt, people familiar with the matter said, who asked to not be identified because the terms are private.

“Today we had a small number of role eliminations. Like all companies, we evaluate our business priorities on a regular basis, and make structural adjustments accordingly,” Microsoft said in an emailed statement. “We will continue to invest in our business and grow headcount overall in the year ahead.”