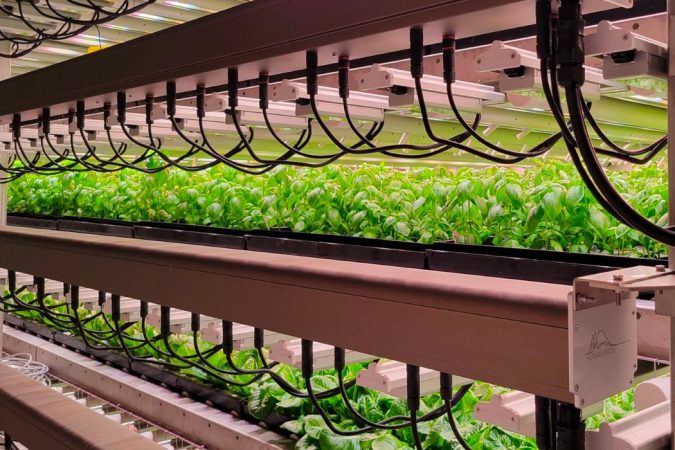 The Welland farm wants to take a bite out of the $19 billion global vertical farming market.

Welland, Ontario-based startup Vision Greens has secured $7 million in all-equity seed funding to support the expansion of its operations and distribution systems.

According to Vision, the financing closed at the end of February and came from a group of existing investors, board members, and new investors including members of Canada’s grocery sector. The company declined to name any investors in the round, but does list the Niagara Foreign Trade Zone, Intravision, the City of Welland, and the University of Guelph as supporters on its website.

A spokesperson for Vision told BetaKit that the startup originally intended to raise $6 million, which it secured by December. They added that Vision had to extend the timeline because the round was oversubscribed.

With fresh funding of $7 million, Vision expects to be able to grow 700,000 pounds of produce annually and scale distribution to grocery and meal kit companies. Its client base currently includes Metro, Pusateri’s, and Goodfood.

Founded in 2019, Vision is a vertical farm that is developing a proprietary method for producing locally grown, non-GMO, pesticide-free, leafy greens at a low cost. The startup’s patent-pending technology came from the University of Guelph’s Research Facility, which in partnership with NASA, researches how to grow food in space.

Lenny Louis, CEO of Vision and Microsoft veteran, said that Canada imports 559 million pounds of lettuce each year, which is worth around $2.2 billion. He added that Vision’s latest investment will support the company in helping to fix “Canada’s broken food system and replace imported produce with clean food that’s better tasting.”

“Now we can meet increased demand from leading grocers and are on track to capture double digit market share over the next few years,” Louis added.

By distributing locally-made produce, Vision said this allows them to provide the freshest possible leafy greens with a low carbon footprint and less food kilometers—referring to the distance between where the feed is made to where it is eaten.

Vision claims that its produce travels less than 200 kilometers, or 92 percent less food kilometers, than imported lettuce. Its product line consists of six kinds of leafy greens that are available at Highland Farms, Goodness Me, Summerhill Market, Mama Earth Organics and more.

The Welland farm joins a number of startups across Canada that want to take a bite out of the global vertical farming market that is projected to reach $19.86 billion by 2026.

Others in the space include Toronto’s Elevate Farms, which raised $6.2 million in equity financing last year, as well as Bible Hill, Nova Scotia-based TruLeaf.

ResearchandMarkets’ 2021 report found that the vertical farming sector growth is highly impacted by the shift of population from rural to urban areas, and the declining size of land that is suitable for crops.