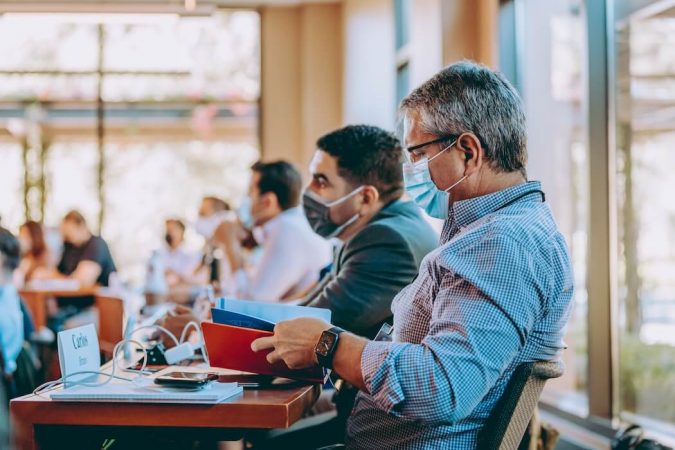 Raven has received approximately $250,000 USD in grant money from the fund, dubbed Balvi. The capital will go towards growing the Raven Clean Air Map, which tracks carbon dioxide (CO2) levels with the aim of assessing COVID-19 risk.

Pirzada created the Raven Clean Air Map as part of a three-person team after seeing what he called a lack of systemic efforts at COVID-19 prevention.

As an emergency room physician in Toronto, Pirzada has been vocal about Ontario’s emergency room crisis and the effect that a new wave of COVID-19 is having on that. He argued that the current “collapse” of Ontario’s public healthcare system is related to a lack of preventive measures on the government’s part.

He called the map “a stab at prevention” and “something governments really should have done a year ago when it became obvious that the virus was airborne. It’s unfortunate that we have to do it for them, but we’re happy to do it.”

Pirzada explained that the goal of Raven Clean Air Map is to provide people with information to make educated decisions about where they visit, based on CO2 levels.

The map allows users to input readings from CO2 sensors with the goal of showing which areas have good ventilation and thus a lower risk of contracting COVID-19. Currently, users have to have their own sensor in order to do this, the price of which can range from $60 to hundreds of dollars.

A reading below 800 parts per million (ppm) is good, Pirzada says, while over 1,000 ppm is where it gets “dangerous.”

Having only launched its desktop app within the past month, Raven Clean Air Map has already garnered around 500 users and 900 data points. It tracks CO2 in transit stations, libraries, and malls, among others. The map already has data points across 10 countries, the team claimed. 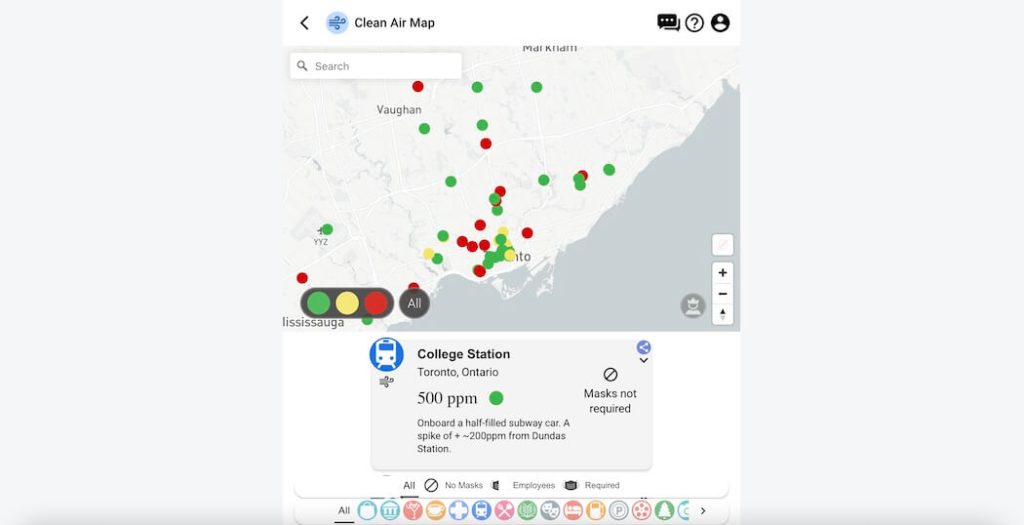 The Raven Clean Air Map showing areas of Toronto and their CO2 quality.

Pirzada emphasized the importance of this kind of tool as COVID-19 continues and especially affects vulnerable populations.

“The pandemic never completely ended, and you still risk illness if you catch it with long-term illness,” said Pirzada. “Especially if you’re elderly or have medical conditions, it’s still a big threat to you.”

With the financial support from Balvi, Pirzada and his team are set to make the map open source. They are also working to launch a mobile version of the app. The ultimate goal is to get businesses to join individual users in submitting data. Pirzada thinks businesses will want to show whether their buildings are safe for users.

He noted that Raven is also in discussions with a few manufacturers of CO2 sensors in order to integrate live sensor results into the map.

Balvi was launched earlier this year by Buterin after he donated over $1 billion in crypto to the India Covid Relief Fund and a range of other charities in the spring of last year. A portion of that capital, $100 million in Bitcoin, was later returned due to regulatory compliance and disbursement issues. Buterin announced that he planned to “personally deploy these funds with the help of science advisors to complement CryptoRelief’s existing excellent work with some higher-risk higher-reward covid science and relief projects worldwide.”

Balvi was then created to manage that process on his behalf.

The fund has handed out financing to the likes of the University of New South Wales to support the development of a pandemic detection tool, and an organization created by long-COVID patients studying the viruses’ long-term effects.

Balvi is described as a “scientific investment and direct gifting fund for deploying quickly to high-value COVID projects that traditional institutional or commercial funding sources tend to overlook for being too early or ‘outside the box,’ or because there’s no financial incentive.”

The idea for Raven Clean Air Map fits that description. Raven is both a fledging startup and the idea for the map came from a non-traditional place: a social media app.

Pirzada and his team, which includes Muzammil Syed, started working on Raven prior to COVID-19, but really focused on the effort as the pandemic increased “social media-related misinformation.”

The team is still building the social media side of Raven alongside the map. The social media aspect aggregates and translates local news from around the world as a way to show readers what is happening on the ground in various regions of the globe.

Much like the map, the idea for the social media app is to have users lead the way and submit as well as upvote and downvote certain news.

As summer comes to a close and schools start to re-open, Raven is planning a marketing push to engage parents in testing air quality at education facilities.

He noted that he has seen a number of cases come through children contracting COVID-19 at school and passing it on to family members, like grandparents, who are more at risk.

Raven’s goals are ambitious, but so is Pirzada. “In our point of view, we’re trying to save the world,” he stated.

Photo by Joel Danielson on Unsplash