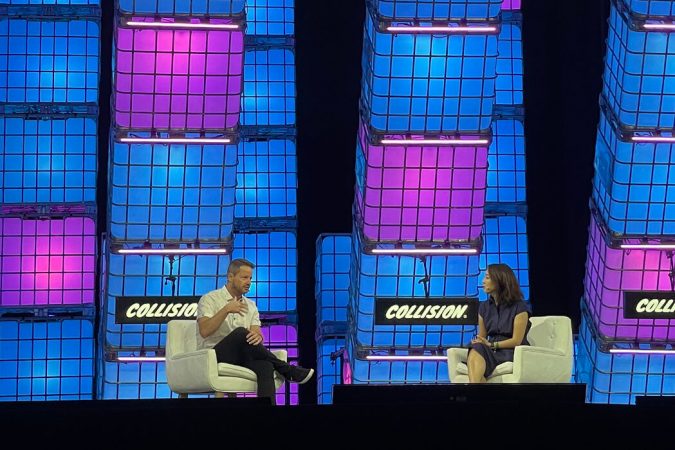 Despite present conditions, Faire hasn’t paused or slowed hiring, or made any layoffs.

Flush with cash and armed with a new Toronto office, Kitchener-Waterloo and San Francisco-based online wholesale marketplace Faire has no plans to stop growing amid market uncertainty.

In an interview with BetaKit at Collision, Faire co-founder and CTO Marcelo Cortes said the startup has been preparing for a market downturn and adverse economic conditions for “a long time.” Cortes claimed that, for Faire, part of this strategy has involved raising money when it could, rather than when the company needed it: since summer 2021, the startup has closed over $1 billion USD in capital.

“Hiring in Silicon Valley is a nightmare and it’s not gonna get any better anytime soon.”
-Marcelo Cortes, Faire co-founder and CTO

After growing “very fast” before the pandemic, and adapting to see strong customer growth during COVID-19, Cortes believes present market conditions could play in Faire’s favour once more.

“Some of the companies that are the most successful today have grown during a downturn in the market because they were well-positioned to do it, they had money in the bank, and they took the opportunity,” he said, adding that Faire hopes to do the same.

Faire was founded in 2017 by a group of Square alumni in Cortes, CEO Max Rhodes, COO Jeff Kolovson, and Chief Data Officer Daniele Perito. Faire focuses on connecting independent businesses from around the world with local retailers, enabling their goods to be sold to more people. TechCrunch described Faire’s model as “an indie Amazon.”

Today, the retail tech startup serves about 500,000 retailers across North America and Europe, which it matches up with more than 70,000 brands from over 100 countries through its curated, Amazon-like marketplace, selling items ranging from home décor to beauty products and apparel.

Cortes attributes part of Faire’s growth to date to its focus on a “kind of obvious, but hard to accomplish” problem: wholesale buying and selling. Before Faire, said Cortes, stores buying from brands “had no credit, no terms, they had to pay upfront, bet on the product without any data, put it on the shelves, and hope that it’s going to sell.”

To address this issue, Faire built out a curated marketplace, layered on AI matching to better connect retailers with brands, and instituted policies like try-before-you-buy. In recent months, other traditionally retailer-focused Canadian tech platforms like Shopify and Lightspeed Commerce have rolled out their own new wholesale platforms in an effort to do the same for their own customers.

But according to Cortes, while Faire has seen “hyper-growth,” the company has always tried to grow responsibly. “We were never a company that was growth at all costs,” he said. While Faire froze hiring when COVID-19 first hit, Cortes said the startup didn’t lay off any employees.

Amid the present market downturn, the CTO said Faire hasn’t paused or slowed hiring, or made any layoffs yet. While the company has launched some internal initiatives to “trim a little bit of fat,” Cortes said he doesn’t expect that Faire will need to scale back its hiring plans or reduce the size of its workforce.

At the start of this year, Faire had about 800 employees, across its offices in San Francisco, Kitchener-Waterloo, Salt Lake City, Atlanta, Los Angeles, New York, London, Amsterdam, and São Paulo. Today, the company has over 1,000, and Cortes said Faire will likely close out the year with somewhere between 1,500 and 1,600.

Cortes leads Faire’s 300-person, engineering-focused Kitchener-Waterloo team. “From day zero, honestly, the biggest reason why we’re here is because I was here and I didn’t want to move,” he said. “We look at it today, and we’re extremely happy that we did it. Hiring in Silicon Valley is a nightmare and it’s not gonna get any better anytime soon.”

These days, Cortes said it’s become “harder and harder” to find engineers with experience and seniority in Kitchener-Waterloo. “Of course they exist, but just not at the numbers that we need.”

Earlier this month, Faire shared plans to expand its Canadian presence and open an office in downtown Toronto with room for at least 150 employees. Cortes said the startup hopes to add more engineers, data scientists, AI and machine learning talent, product managers, and designers in the city.

“As long as they’re shopping with us, we want to help them sell anywhere they want to sell.”
-Marcelo Cortes

“Toronto made a lot of sense,” said Cortes. “It’s a huge talent pool [and] it’s close enough to Kitchener-Waterloo that I can and I want to spend a lot of time here as well.” According to the CTO, Faire already has about 75 employees in the city.

E-commerce giants like Shopify and Amazon—which saw tremendous growth during pandemic shutdowns—have seen their sales slow this year amid the return to in-person shopping as COVID-19 wanes.

Cortes acknowledged that Faire is currently feeling some pressure because of the market downturn and rising inflation and interest rates, but highlighted that Faire is in a slightly different position these days because its pandemic growth wasn’t as pronounced as Shopify or Amazon’s.

“Our stores are mostly offline retail shops—they were shut down during the pandemic,” said Cortes. “We had a drop in sales, especially when COVID started,” he added, mentioning that Faire even directed some of these retailers to platforms like Shopify.

During COVID-19, Faire helped many of its brick-and-mortar retailers transition to selling online. Today, Cortes said over three quarters of the company’s customers have other sales channels beyond physical retail, which better situates Faire to handle any sudden shifts between in-person shopping and buying online.

“As long as they’re shopping with us, we want to help them sell anywhere they want to sell,” said Cortes.

Feature image of Marcelo Cortes speaking at Collision, from Faire via Twitter.