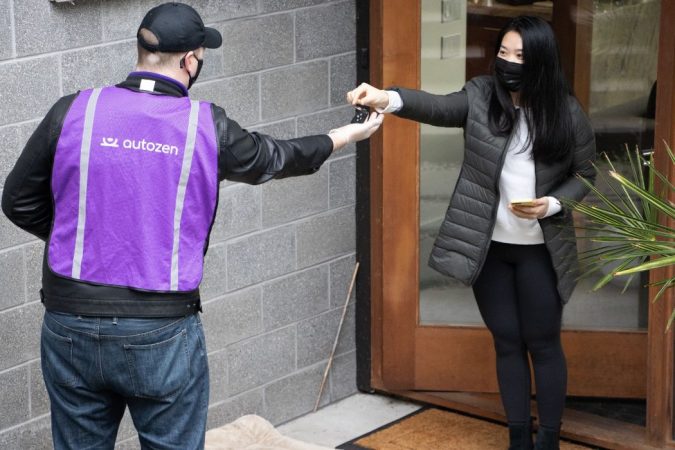 Autozen has secured over $5.1 million in what it described as an oversubscribed seed round.

Vancouver-based startup Autozen has secured over $5.1 million in what it said was an oversubscribed seed round.

“This seed round will fuel our expansion into new markets, both in Canada and the US.”
– Olivier Vincent

The all-equity, all-primary capital financing, which closed on June 16, was led by Vanedge Capital with participation from Anges Québec.

Autozen noted that a group of investors from Anges Québec and Angelist also made contributions to the raise, along with a former vice president at Shopify, an SF-based YCombinator entrepreneur, and partner at a major accounting firm. Autozen declined to disclose the investors by name, as well as any prior investors that participated in the round.

Founded in 2020, Autozen provides an online marketplace for cars. The startup claims that its platform is designed to make it easier for vendors to sell their vehicles, offering an instant car valuation tool, sending someone to take photos of the car, and facilitating a complete car transfer—which includes paperwork, license plate removal, and payment.

Autozen previously raised $4.2 million last year after emerging from stealth mode. At that time, Autozen was active in building out its C-suite with the addition of former president of Payfirma Kalle Radage as COO, former VP of engineering at Recon Instruments Xichi Zheng as CTO, and former Postmedia Network executive Kevin Bent as business development manager.

A spokesperson for Autozen characterized its previously announced $4.2 million financing as a pre-seed round earmarked for building the platform, adding that the latest $5 million investment is seed capital to prepare Autozen for raising its Series A.

Now with $9.3 million in total funding to date, Autozen is plotting for an expansion across North America. While anchored in Vancouver, the startup intends to make inroads into new markets in Toronto, Calgary, Edmonton, and the Greater Seattle Area in the United States.

“The remarkably positive feedback we receive from consumers has shown that our mission to re-invent the car-selling experience is well on its way. And car buyers keep joining the platform every week,” said Olivier Vincent, CEO and co-founder of Autozen. “Based on this solid validation, this seed round will fuel our expansion into new markets, both in Canada and the US.”

As it establishes a broader presence, Autozen is set to capitalize on the $261.9 billion global online car buying market, joined by other automotive retailers in Canada.

Clutch is one such company, which claims to have thousands of certified, pre-owned vehicles listed for sale on its website. Toronto-headquartered Clutch recently secured $150 million in debt financing from private investment management firm Neuberger Berman to drive its national expansion and inventory of used vehicles.