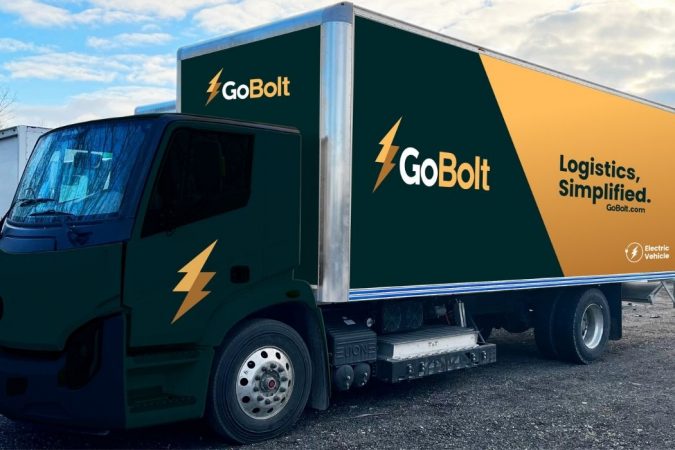 Acquisition comes as GoBolt looks to win big in US fulfillment market.

GoBolt’s acquisition of BoxKnight comes as the firm looks to tackle the United States market, following the close of its $115 million CAD Series B round in November.

“Now we’ve combined the two [companies] and accelerated our plans within our EV parcel delivery model by probably a quarter and a half to two quarters.”
-Mark Ang

GoBolt was previously a customer of Montréal’s BoxKnight’s same and next-day delivery service. The acquisition closed in May and will see GoBolt fold BoxKnight into its parcel division. The financial terms of the all-cash deal were not disclosed.

In an interview with BetaKit, GoBolt co-founder and CEO Mark Ang described the acquisition of BoxKnight as a “a really natural move,” adding that it fits within the firm’s vision “to make logistics easier than the purchase itself” and aids GoBolt’s move into the small parcel delivery space.

“While we have made significant strides on our truck level last-mile solution, we always knew that there would come a time when we would endeavor into the small parcel delivery space – but we needed to do it differently,” said Ang. “Acquiring BoxKnight enables us to accelerate this vision, while bringing on an incredibly passionate team to continue leading the charge here.”

GoBolt—formerly known as Bolt Logistics, and before that, Second Closet—was founded in 2017 as a tech-focused consumer self-storage startup. The Whitecap Venture Partners and Ikea-backed company has since pivoted into providing fulfillment and last-mile logistics for e-commerce businesses, with a particular focus on sustainability through its fleet of electric vehicles.

RELATED: Ikea’s investment arm buys into Bolt Logistics as part of Series B round

“We were actually already in development of our own fully electric [first-party] parcel network,” said Ang, who added that GoBolt was launching this network when it finalized the BoxKnight deal.

According to Ang, BoxKnight has been GoBolt’s “chosen exclusive same-day [delivery] provider for quite some time,” including over a year spent as partners. “They were doing that with great success,” said Ang. “Their metrics were better than we’ve seen in the market.”

“What we liked [about BoxKnight] was the infrastructure, and clients, the operational know-how within their HQ team and their warehousing team, that we can jumpstart what we were already doing anyway,” said Ang. “Now we’ve combined the two and accelerated our plans within our EV parcel delivery model by probably a quarter and a half to two quarters.”

BoxKnight co-founder and CEO Peter Psyharis told BetaKit that the acquisition was “the right decision based on timing and because our visions aligned.”

“The execution BoxKnight brought to GoBolt’s merchants was strong, and we felt like they had some solid software behind them,” said Ang. “At the same time, the DNA of our companies was so aligned that it made the conversations very natural.”

As part of GoBolt, Psyharis said BoxKnight’s “goal is to launch parcel delivery as a service offering for GoBolt and make it a driving force in the future growth as we expand across North America.”

According to Ang, the acquisition or integration of BoxKnight will not lead to operational impact or service disruptions to GoBolt merchants or shoppers.

While Ang said that other acquisitions are not “imminently” on GoBolt’s radar, he didn’t rule out the possibility the company will make more if the right opportunities arise.