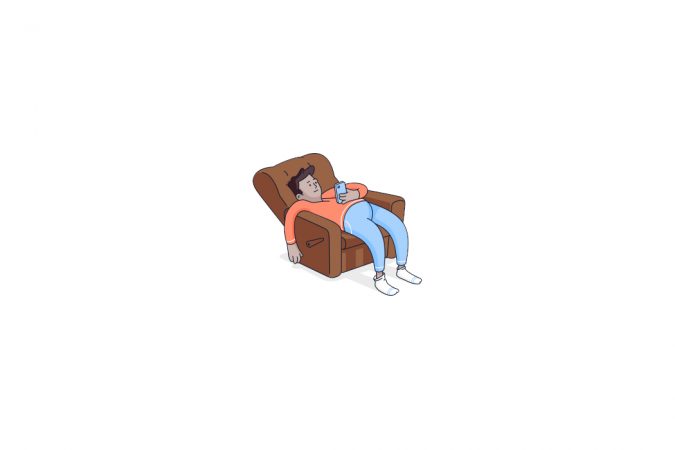 A new, free app that promises to connect citizens with their elected representatives is being released just as provincial elections are beginning to get underway across Canada.

Gov’r bills itself as a modern way for citizens to engage with elected representatives and candidates. The mobile app is designed to find elected reps, get informed about what they’re up to, ask them questions, and receive short video responses back from them in response.

Ryan Dochuk, the founder of OnlyFoward Inc. – the business behind the app – told BetaKit that most of the ways people engage in politics today are antiquated: paper fliers, emails, robocalls.

“To me, when I think about how engagement feels, it feels like 2001,” Dochuk said. “We’ve got better tools and technology today to make a better engagement experience.”

Dochuk decided to create the app after realizing he couldn’t find a single site in Canada where he could look up his municipal, provincial, and federal representatives, everything from trustees to mayors, to ward councillors.

Dochuk said the app came about from his own experiences of finding it difficult to engage with democracy in Canada, and a desire to turn that engagement into a “frictionless” experience.
The app enables citizens to keep up with politicians and what they’re doing through social and news feeds, allowing them to send questions to politicians who have agreed to participate through the app.

To ask a question, users tap on the politician’s profile and text them a question. In response, the politician can create a 30 to 60-second, Tik-Tok-style video answer that is then sent out to the entire riding.

RELATED: OneEleven’s former ED Siri Agrell explains why she’s embracing tech (but not Twitter) in her run for public office

Putting together the database of politicians was no small task, according to Dochuk. Some electoral data wasn’t available online, leaving the app with gaps for some things like small townships and small towns.

“I can say with certainty we have the most comprehensive database for elected representatives and candidates in Canada at the moment,” Dochuk said.” Hopefully, we can keep it going. It’s certainly a lot of work.”

At the time of writing, only about a dozen politicians had signed on to the app. But Dochuk noted its “super early” days, and that they only opened the app to representatives last week. “We expect a lot more when we officially launch,” he said.

Gov’r does not sell data, and doesn’t serve up advertising. Dochuk said that in order for the app to work it stores aggregated postal codes, and it uses aggregated app analytics to understand how people use the app. However, Dochuk said the latter can’t be traced back to users.

Prior to founding OnlyForward two months ago, Dochuk co-founded VPN startup TunnelBear with Daniel Kaldor (McAfee acquired TunnelBear for an undisclosed amount in 2018). After the sale, Dochuk joined McAfee as its VP of product design, then took a hiatus before starting OnlyForward.

While Dochuk describes Gov’r as a “passion project,” he noted that OnlyForward is very much a for-profit startup. Currently, OnlyForward has seven staff members, but Dochuk said he expects the team will expand.

The idea behind OnlyForward was to put together a team of people and spend the next three or four years trying out different ideas. The next two options Dochuk is looking at going forward are in the collaboration and blockchain spaces.

Don’t expect to see the startup looking for raises any time soon, either. Dochuk said they are lucky enough to have some resources from the sale of TunnelBear supporting their current work. “We really appreciate being in control of our own destiny, so we’re not looking to raise capital right now,” he added.

In the meantime, Dochuk hopes people will download Gov’r to become more engaged with their elected officials and candidates. “We believe democracy is strong when we have citizens who are engaged and informed,” Dochuk said.