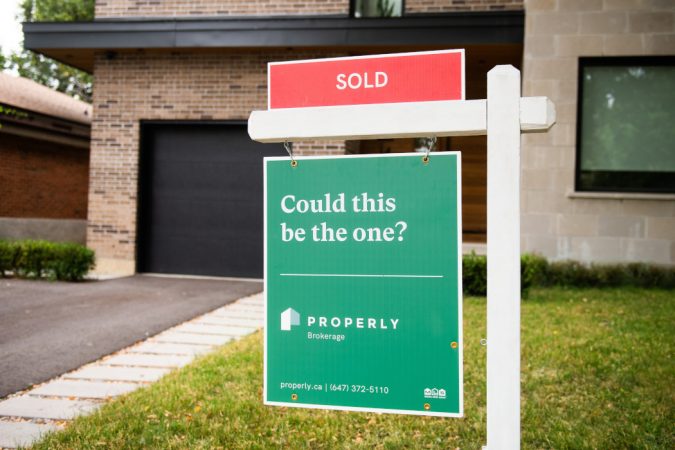 Provincial expansions across BC, Ontario, and Québec have been pinned in favour of focus on Toronto and Vancouver.

Toronto-based proptech startup Properly has raised $36 million CAD in a move the company says will extend its runway and support long-term growth amid shifting market conditions.

Properly is describing the all-equity, all-primary round, which was financed primarily by existing investors and comes just over a year after the company closed $44 million in Series B capital, as a “Series B 2.”

“Putting ourselves in a position to weather an economic storm is obviously top of mind.”
-Anshul Ruparell, Properly co-founder and CEO

Since its July 2021 Series B round, Properly had expanded to Vancouver and grown two and half times on a revenue basis during a particularly hot real estate market.

But in recent months, economic conditions have changed, interest rates have been raised to combat rising inflation, and the housing market has begun to cool. In this environment, home prices and sales in Toronto and Vancouver—Canada’s two largest real estate markets—have fallen.

Amid these challenging market headwinds, Properly has raised additional capital, cut staff, and paused its previously announced plans to expand across Ontario and British Columbia and into Québec in favour of focusing on Toronto and Vancouver.

“There’s certainly a lot of uncertainty across many industries, including real estate, right now, and so putting ourselves in a position to weather an economic storm is obviously top of mind,” Properly co-founder and CEO Anshul Ruparell told BetaKit in an interview.

At the same time, Ruparell emphasized Properly maintains a healthy balance sheet. The CEO said Properly still has the “majority” of its Series B funding in the bank, and wasn’t in a position where it needed to raise more capital, but opted to do so to set itself up for long-term growth.

The CEO said the fresh funding gives Properly at least “three-plus years” of runway, and lends Properly a higher valuation than its Series B round, but did not disclose said valuation.

When asked whether the startup had initially set out to raise a Series C round, Ruparell was non-committal. “I don’t think we had a fixation on a certain name or letter,” he said.

Ruparell said the startup plans to use the capital to “double-down” on its Sale Assurance product and new, in-house digital mortgage brokerage, and make the “traditionally manual, pen and paper” home financing experience more tech-enabled.

Through its Sale Assurance offering, Properly customers can tap the equity in their existing home to purchase a new one. If these homes do not sell within 90 days, Properly guarantees the sale, the company purchases it, and then re-sells, giving any profits back to the seller.

RELATED: Pine comes out of stealth to build Wealthsimple for home buying

When asked whether the startup has had to purchase more homes than usual or suffered any losses as a result of this practice during the current real estate market environment, Ruparell said, “we have purchased homes this year, and expect to purchase more over the coming months,” adding, “our business model was designed to be resilient, and we were ready for this.”

Properly launched a pilot for its digital mortgage service in Q1, and now plans to expand it to its full customer base. “We’re just getting started with our initial offering, but are really encouraged by the customers we’ve helped so far,” said Ruparell.

According to the CEO, Properly has partnered with “all major lenders in Canada,” offers customers commission-free advice, and uses its expertise and volume to negotiate preferential rates. While Properly does not currently offer or underwrite mortgages in-house, Ruparell said becoming a CMHC-approved lender—like Pine—is something that Properly will “definitely consider pursuing” as it continues to explore ways to enhance the home-buying customer experience.

Ruparell attributed the startup’s decision to lay off some employees earlier this summer to a change in business needs rather than the market downturn. “There are certain products that we’re choosing to double down on, and other sectors that are now suddenly less relevant, so we’re more focused, for example, on growing within Vancouver and Toronto,” he said, indicating that Properly had put a hold on the geographic expansion plans.

“As I mentioned before, we have a suffocating real estate market and don’t intend on expanding geographically at least meaningfully over the course of the next 12 months,” Ruparell added.

Ruparell did not disclose the exact amount of people affected, saying only “a handful” of former Properly team members were let go as a result of this shift, adding that he doesn’t anticipate that Properly will need to lay off any more staff in the near future.

Despite scaling back its geographic growth strategy, Ruparell believes the raise puts Properly “in a position to play on the offensive should the opportunity arise.”

“We can’t control inflation or interest rates, or the way the market is going to react.”
-Anshul Ruparell

“We can’t control inflation or interest rates, or the way the market is going to react,” said Ruparell, who noted that the startup tries to focus on what it can control, which is building products that make real estate “more customer-centric.”

Even as the broader real estate market “rapidly” declines, Ruparell claims that Properly’s business continues to grow. “I think it’s just a testament to the fact that our products are delivering a unique value to customers in this market,” he argued.

The CEO pointed in particular to the company’s Sale Assurance product, which he argued provides customers with “certainty and peace of mind in the face of a volatile and uncertain market.”

“While Sale Assurance was a valuable tool in a highly competitive market, it is proving to be even more valuable in a softer one,” he said.